Cairo is not the first spot on earth that springs to mind in association with contemporary jewellery. Nevertheless, it is the city where for many years Estella Sàez was co-founder and director of the first contemporary jewellery school of the Middle East. She lived there just after the revolution, when the energy in the streets was nearly tangible, and the tension more strained than ever. Cairo is a city with a lot of noise, honking and shouting, thriving on an inescapable undercurrent of testosterone... Men set the tone: hissing and staring, determining the politics and the architecture. 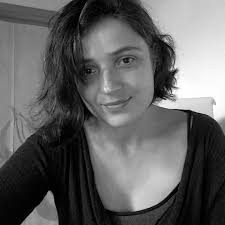 It was for the people who know Sàez a surprising choice of habitat: she is an outspoken, liberated woman. The jewellery pieces she now produced in reaction to this period are a kind of diary of her experiences. They are based on the contrast between her own ideas and the reality of Egyptian life. Contrasts that have to do with differences in social and moral codes, but also with the division between the rampant city and the surrounding, savage desert.

Oppositions already defined society in ancient times - between divine kings and labouring paupers, between the life-giving sun and her ever-changing counterpart the moon - still seem to have echoes in the present day city. In Sàez new work silver is referring to the moon, the night, emptiness, and is the sun-side represented in the texture of papyrus rolled into the metal. It is a representation of the eternal connection between two extremes. In this arena there are not only contrasts, there is also the comfort of irrepressible life: even on the seemingly barren sand things will grow. Therefore Sàez applied tourmaline crystals as some sort of sprouts from mysterious plants. Perhaps we should say - in the words of the late Marjan Unger - zonder wrijving geen glans: without friction no shine...