After 1945 the world talked for half a century about reasonable options and balanced solutions; there was discomfort, discord and dislike, nonetheless everybody understood that progress was only possible through reciprocal recognition and compromise. Helas, over the past years all discussion narrowed down to a blunt opposition between yes and no, just a ’tis and ‘tisn’t. How did it happen? Is it caused by the new social media or the misplaced trust in referenda, basic rancour over economic downturns and increasing class differences? What ever it is, there is little room left for ethical views, nuances and mutual understanding. Paul Adie felt it was about time - by means of his jewellery - to speak out. 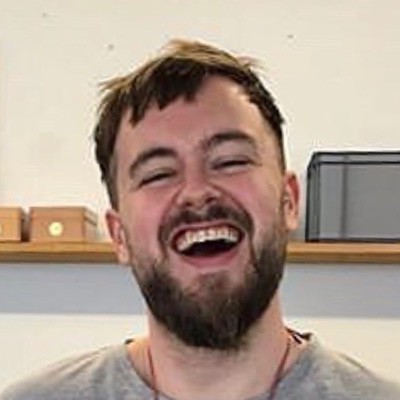 Gradually something else had also come under pressure: the liberated, carefree sexual standards of the seventies - although regularly merely an illusion - are succumbing to renewed prudery and religious dogmatism. Eroticism is a phenomenon that will always search for a place between the public and private, between the surreptitiously hidden and the audaciously exuberant, however a benevolent attitude is in today's society no longer self-evedent... Another fact that the artist grew tired of; all those opinions that have to do with his life, his choices.

Adie not only knows how to work metals - at first mostly steel, currrently aluminium in combination with silver - but also how to process words. With degrees in English, Spanish, Russian (not to mention his native Scots and additional skills in Cattalan, French and German) and ample professional experience in making translations, text was bound to become part of his jewellery designs. Even contemporary slang, mostly alien to older generations, became part of his means of expression. Being a language lover in times when only yes and no appear to lead the way, seems like a bad joke, yet Paul Adie managed to merge all his qualifications, beliefs and artistic zeal into an exciting cocktail (sic).

He made rings which aren't meant to be simply obliging, that aren't afraid to put things on edge, or to take a stand; it are jewellery pieces that celebrates love in all its guises. Brash and cheeky work with echoes of the disastrous manipulations that emerged before and after the British Brexit referendum: jewellery never was more contemporary. It is the kind of P.A. you've always wanted to have.